X
This site uses cookies to provide and improve your shopping experience. If you want to benefit from this improved service, please opt-in.
More Info
Accept Cookies

Feature Testing is enabled on BuyTShirtsOnline. Please be aware of this before debugging further.
Your IP address (172.23.130.40).
View feature tests here

Battle of the Band T-Shirts 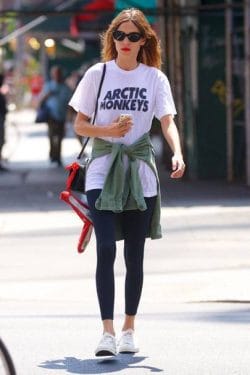 The band t-shirt has always been a way to show off musical allegiances, but these days it’s not unusual to wear one purely to up your street cred. With A-list celebs such as Alexa Chung and Kristen Stewart sporting ‘Arctic Monkeys’ and ‘Led Zeppelin’ t-shirts, and high-street stores like Primark creating spin-off ‘Ramones’ versions, band t-shirts are back and in the fashion spotlight.

Last year the BBC surveyed to find out what was the nation’s favourite band t-shirt of all time. Not surprisingly, Joy Division’s highly 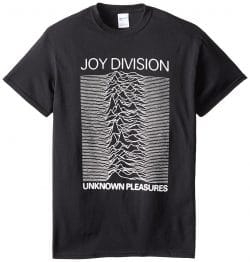 recognisable ‘Unknown Pleasures’ album and a t-shirt featuring an arrangement of lines charting the signal from a pulsar, just pipped ‘James’s’ ‘Daisy’ t-shirt to the post. Now, this is all very interesting but what the survey didn’t tell us was why.

What is it that makes a band t-shirt iconic? Is it the design, the colours, or merely the band themselves? Is it the place where the group came from or the A-listers that are seen wearing the t-shirt? (even though they’ve never seen the band!)

Well, the design certainly comes into it. A classic t-shirt such as Pink Floyd’s ‘Dark Side Of The Moon’ featuring colours of the spectrum bouncing off a prism, is not only timeless but recognised internationally. The same goes for the infamous red lips of ‘The Rolling Stones’. Recreated by many high-street stores, this distinct tee has been made a coveted fashion item. 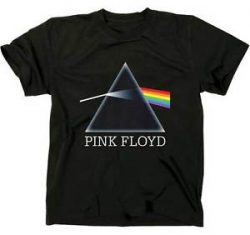 Easily accessible and highly desirable, hosts of tweenagers rocking the design are now a common sight, even though the album was well before their time.

Again, the classic pulsar design emblazoned on Joy Division’s Unknown Pleasures t-shirt is still so popular it has transcended age and gender groups, as has the Skull & Crossbones motif of Guns & Roses ‘Appetite for Destruction’ album.

So maybe it’s the band then that persuades people to adorn themselves in a branded tee? The fact

that all of the bands mentioned above sold an impressive amount of records initially signifies that maybe it is simply the music that decided the eventual popularity of the corresponding t-shirt, yet this was not the case with the Inspiral Carpets “Cool As Fuck” t-shirt. People liked the design of their t-shirts so much they sold more t-shirts than records!!

Another similar case was ‘The Smiths’ whose limited edition ‘Salford Lads Club’ t-shirt made £80,000 for charity after the photographer allowed a rare photo of the band from outside the infamous club to be used to raise vital funds. This t-shirt was coveted all over the world with orders flying in from as far as Japan! 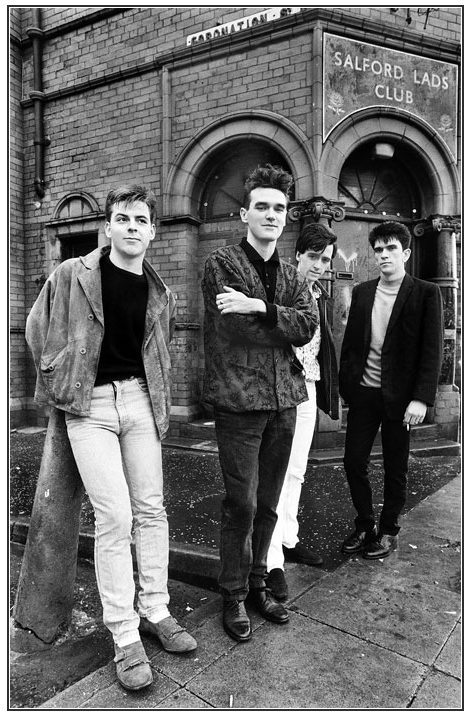 So maybe band t-shirt choices are based on where the wearer comes from. Ask any Mancunian male over the age of 35 what his favourite gig was and they’d all pretty much reel of the same ‘Madchester’ list of great gigs such as New Order, The Stone Roses and Happy Mondays. They’d probably also still have some dusty, too tight ‘Oasis and James t-shirts stuffed at the back of the wardrobe as important relics of the good old days.

But what would a Southerner say if they were asked what their favourite gig was? What would their first band t-shirt have been? The Jam, The Clash, David Bowie, dare I say it Coldplay? And what about the tweenagers? Take That, or The 1975 may not be everyone’s idea of rock ‘n’ roll, but who’s to say their t-shirts aren’t as cool as the Stone Roses just because they’re not as old?

There are so many ‘what if’s’ and nuances to consider when it comes to why people buy and love band t-shirts and with some iconic, vintage versions currently selling for as much as £10,000, we want to know why!

We want to get under the skin of the wearers to get a definitive answer to what is your favourite band t-shirt and why!!

Please let us know your fave tee and why?

Summary
Article Name
Battle of the Band T-Shirts
Description
The band t-shirt has always been a way to show off musical allegiances, but these days it’s not unusual to wear one purely to up your street cred. With A-list celebs such as Alexa Chung and Kristen Stewart sporting ‘Arctic Monkeys’ and ‘Led Zeppelin’ t-shirts.
Publisher Name
BuyTshirtsOnline
Bandband teesbuytshirtsonlinet-shirt